Client Update IS required for this Update.

Client Update *IS NOT* required for this Update

Client Update *IS* required for this Patch

Welcome to the August 2019 Update!

Client Update not required for this Patch

We’ve decided to add a variety of items that was only obtainable via lottery only and added them to Dynamis Bosses and Pandemonium Warden; yes, Warden is actually worth doing now!
Further information on custom drops can be viewed on the HNM Page and the Mega Boss Page!

To craft the rewards, use an earth or terra crystal plus one of the materials. Each Recipe requires level 50 in all crafts.  See the Crafting on Supernova page for further details on the recipes for these items!

Spring is in full swing and Summer is rapidly upon us!  Here are the patch notes for the current Supernova update, so as always remember to update your client before logging in, and be ready for some new goodies!!

Hail, Adventurers!  As the season changes from Wintry Cold to Pollen Gold, we hope you will take a second to peruse the Update Notes coming at you hot from the Development Team!

As with most updates, a client update is required. 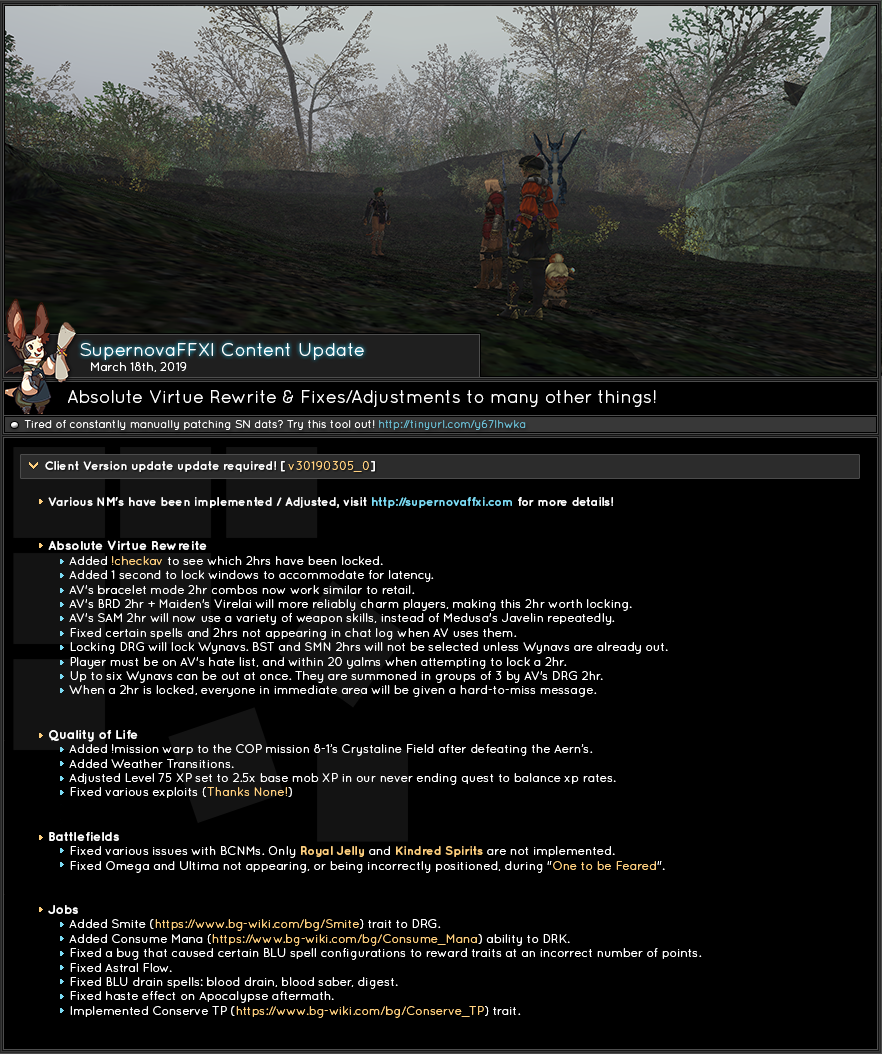 Hail, Adventurers!  Love is in the air this mid-February, and so is our continued love for you!  Feast your eyes on today’s update notes and may your hearts be content as you update your clients in preparation!

Hail, Adventurers! A new update has come to Supernova for this chilly mid January!  No client update is needed so feel free to login and enjoy the newly implemented items and NMs.